Honorable Mr. Mohamed Ali Houmed,the President of the National Assembly of Republic of Djibouti welcomed the visit of PNS “NASR” to Djibouti and thanked the Government of Pakistan for the support. “NASR” is a replenishment ship serving Pakistan Navy since 1987. 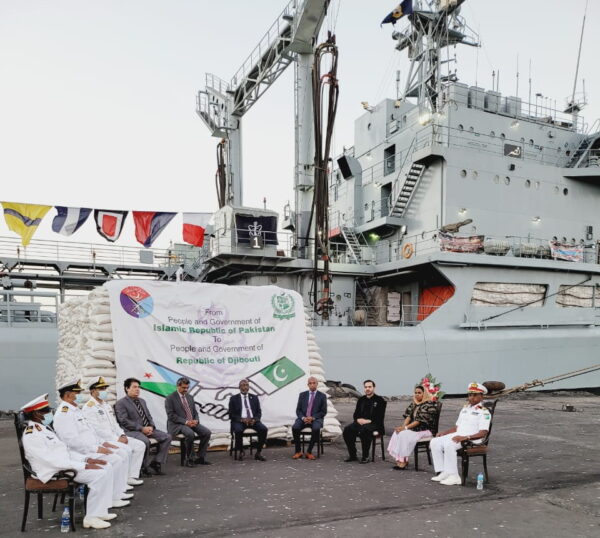 The PNS “NASR” is visiting to deliver food, as humanitarian assistance, to the people of Djibouti affected by catastrophic floods, droughts and influx of refugees from across the Gulf of Aden. The ship will continue its voyage to circumnavigate the African continent aimed to build the image of Pakistan through goodwill visits among major Horn and West African counties including Sudan, Benin, Niger and Kenya.